Following my experience of the Oxford/St Albans Regional Shared Conversations, I’m going to reflect here on one of the sessions on the first day. The facilitators explained to us that the three-day process forms an hourglass structure, narrowing in on the second day to personal stories and then expanding out on day 3 to the wider church again. 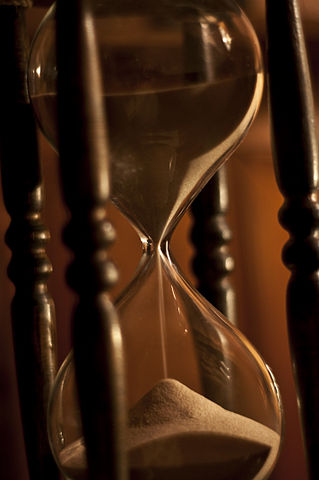 While I knew the focus was on conversation – and as I’ve noted elsewhere there were a lot of words, not just spoken ones but all the words our ‘table groups’ wrote on posters and giant post-it notes which went up around the walls –  I’d somehow imagined that the very first session, on using language, would be more like a lecture on the import of different words. For example, in an earlier report, the CofE used the term ‘homophile’, which doesn’t get used today but which I suppose implies orientation not practice. Today’s equivalent would be ‘same-sex attracted’ – but is this entirely the same? I noticed how many people with similar views to mine identified themselves as ‘progressive’ whereas I’d probably – if pushed! – call myself ‘liberal’. When did that shift happen (and how did I miss it?). I was thinking during the SC that ‘progressive’ can suggest embracing a position by which God’s revelation progresses gradually from including Gentiles, to rejecting slavery, to accepting the full equality of me and women, and so on. I now find that there’s a Progressive Church Network in the UK,  and that it includes support for a tour by Brian McLaren, whose writing I’ve found helpful. So maybe I’m progressive?

However, this exercise at the SC was not about labels. Instead, we divided into pairs and each of us had to describe to our partner a line drawing which they couldn’t see. It was an icebreaker – it felt like the sort of thing I’ve done in youth club – but the more I’ve reflected on it, the deeper it feels. Following your parter’s instructions, your task was to reproduce the drawing. I lucked out on this. My partner had the sort of background that makes for precise directions – ‘now continue that line for two inches due North’, for example. He did rather worse with me, as I’m not confident even with left and right!

There was a further twist. When the first person acted as Describer, the Drawer was not allowed to ask any questions. When we reversed roles, the New Drawer could ask for guidance and clarification. So, was the learning point that it’s easier to explain if you’re not interrupted, as happened later when we had our 15 minute slot to tell our story to two others? Or was it that true involvement comes when you are asking questions? In my pair, I had to draw first. So, no questions. But I produced a pretty good picture because my partner was brilliant at describing. When I had to describe, my partner asked very detailed questions which should in theory have led to a very accurate drawing. But his was not as close to the original as mine had been.

Why not? It only occurred to me on Day 3. The image I had to draw, based only on following instructions, was pretty simple. It ‘looked like’ a table standing in a bowl. So as soon as I started, I had a picture in my head. The image I had to describe didn’t really ‘look like’ anything – it was rather like a teapot as drawn by Picasso, but that’s not the most helpful starting point.

What I conclude from this is that, no matter how good the communication is from the person doing the talking, it’s heard by the other person against a set of expectations. If what is said is entirely outside one’s experience, then no matter what opportunities to ask questions are provided, you’re not going to ‘get it’. You may be able to relate to the person talking, but at an important level you won’t really understand what they are saying. I certainly felt that at times.

I blog on a range of subjects arising from various aspects of my life. On https://theretiringacademic.wordpress.com, I focus on my reactions to early retirement and think about aspects of teaching and research which I hope will be stimulating to those still working in higher education. On https://shared-conversations.com, I blog as an authorized lay preacher in a pretty standard parish church of the Church of England, who needs to write in order to find out what she thinks. I took part in the Oxford/St Albans/Armed Forces C of E 'Shared Conversations' in March 2016, worked on the Living in Love and Faith resources from 2017 and was elected to General Synod in October 2021, and continue to try to reflect on some of the issues. On https://mistakinghistories.wordpress.com I share my thoughts on various aspects of the history of medicine and the body. I also write for The Conversation UK on https://theconversation.com/profiles/helen-king-94923/articles
View all posts by fluff35 →
This entry was posted in Shared Conversations and tagged communication, Gentiles, language, liberal, listening, Oxford, progressive, slavery, St Albans, Stories. Bookmark the permalink.